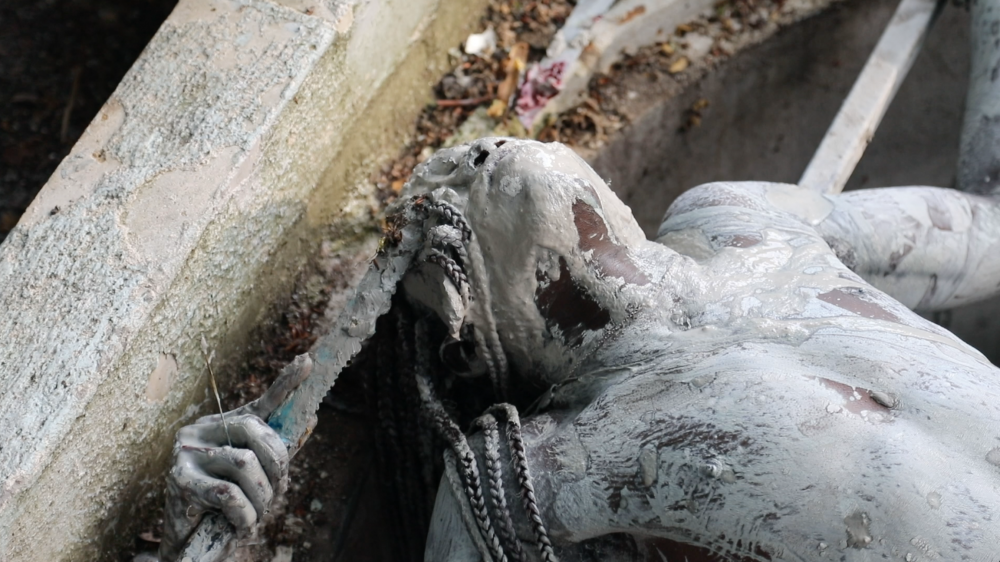 Intimate Death is a performance by Va-Bene Elikem Fiatsi that took place June 2019 in the hhintersection garden.

The performance was curated by Violet Nantume, who read out this text as an introduction:

I am a five year old, born again. Born in Ho, Volta Region of Ghana.

I died at 33, just like Jesus the messiah. I am living anew. I had several hard kicks in all parts of my life. I was a teacher who wanted to pursue an artistic practice, I was masculine transitioning into everything. Everythingness is my thing. I was teaching religious and moral studies, science, and maths for five years but I wanted to go to art school. The easier transition was to the art school. I had a background in visual arts at University. I studied painting from 2010 to 2014, but I had not had an active practice since then.

Having risen again, I was born again. Unlike Jesus, I had to learn to live again. Amidst a whole reboot in me, one thing remained. I still was a pastor and a preacher. Like Jesus, I preached the gospel, but another gospel. Among the same people I had preached salvation to, I preached redemptive power, cleanliness, healing, and everythingness through the ritualistic performances.

In 2015 I went back to Kwame Nkrumah University of Science and Technology. While I pursued a masters in painting and sculpture at University, at home in my most private and secret hours I performed a ritual every day, for three years. Ghanaian life in general is performative. Ewe culture has a number of rituals for many passages or initiations. People deal and cope with life through rituals. Ordinary citizens struggle in constant performativity. Rooted in the social environment, I performed rituals of becoming for myself, before the camera for a period of three years. Little did I know, but my art practice at school was slowly shifting to use video, performance, installation, and photography. In 2017 I exited the master’s program before completion with the same urgency that took me out of church, my family, and teaching. I discovered to my surprise that the rituals I performed in private could be a conceptual medium to access Ghanaian public spaces and audiences. I got to know performers like Jelili Atiku from Nigeria and Akoi Jackson from Ghana, multimedia artists who also performed.
There are few performance workshops and residencies in the city, so in 2018 I founded perfocraZe International Artist Residency [pIAR]. The residency in Kumasi is curated to host local and international performers twice every year. My art meditates on power and control, the potent and savage nature of religious extremism and cultural supremacy. As a starting point for conversations on dominance and privilege, my ritualistic performances explore the attempts and failures of coming to terms with perfections and insecurities as transitory experiences in healing.

Intimate death romanticizes non-binarism. It gives substance and materiality to what we already know, the vulnerability caused by fear that comes from the physical and mental border struggles within “individuals”. The performance reflects on identity that teeters back and forth between mortality and survival, birth and rebirth, over and over again… as an attempt to reexamine the conflict between my transforming biological identity and my social body. Agencies of human condition in violence, invade, and infiltrate a space. Ritualistic performances explore meaningfulness and emptiness. Attempts and failures, perfections and insecurities. It is a process of searching and seeking for an indefinite hope, dreams, survival, and refinement as an ultimate goal and struggle against ego representations.

I met curators Violet Nantume and Julia Gyemant when they stayed extra days in Kumasi, Ghana after their research trip: HFBK Hamburg students travelled to the Art Department of Kwame Nkrumah University of Science and Technology. Upon their return to Hamburg, an invitation to perform Intimate Death came this May from Nantume and hhintersection. My name is Va-Bene Elikem Fiatsi, thank you for turning up. 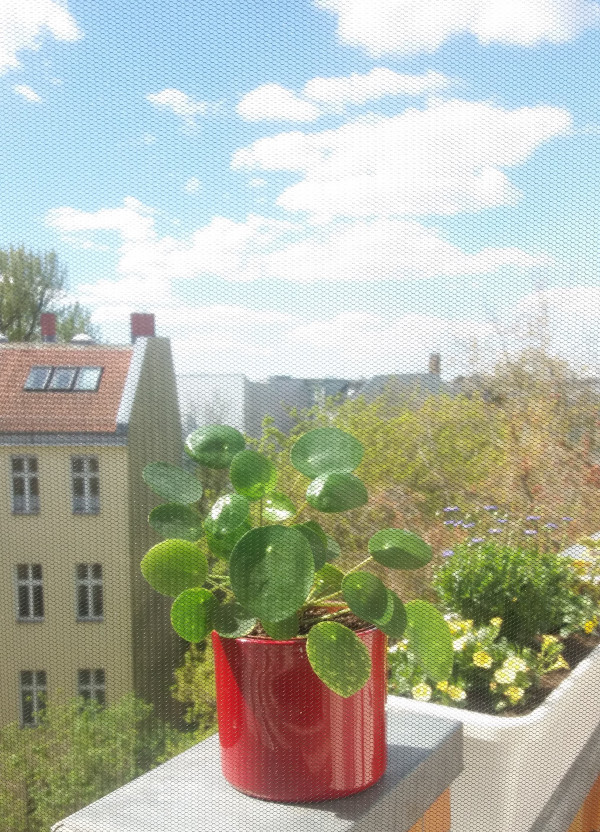 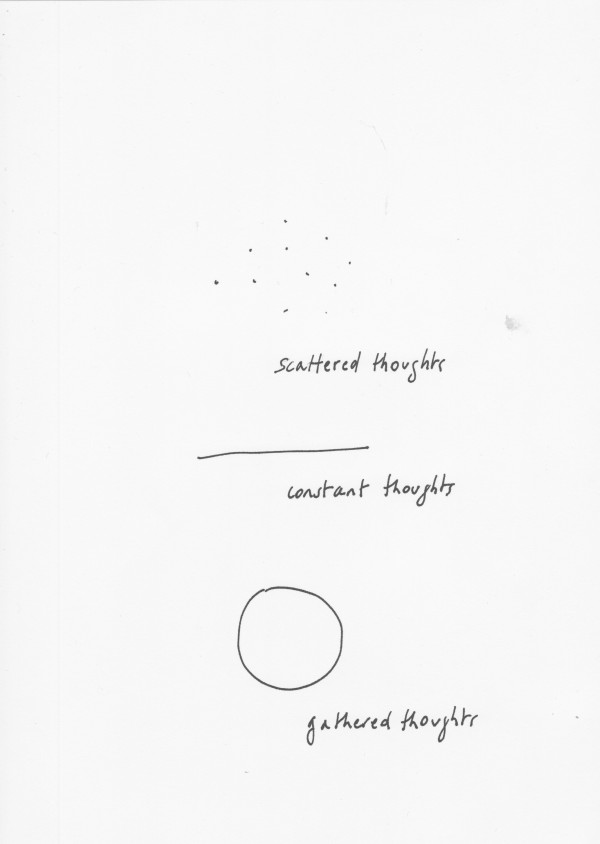 An Paenhuysen
The Art of Thinking
Past Event
47